The six of us, our teacher and guide Robert Rodriquez Jr., Kelly. Craig, Brian, Nate and myself were on the road to Arches National Park well before daylight. With the exception of one morning this was to be the norm for the starts of our days. After a short hike in the dark we spread around a bit to explore compositions. As light started to show on the landscape I focused in on the scene in the first photo. It was incredibly serene and quiet and I was naturally drawn inwards feeling connected to my Mom and my sister Jeannette. I saw, in the outcropping on the right, two figures leaning together awaiting the sunrise, in my mind, Mother and Daughter. The rest nature took care of as the colors unfolded and all I had to do was click the shutter. Breathe deep, feel the gratitude and enjoy the sweet moment. Always Together

After spending a little time on a composition that didn't work for me I shifted a little and saw my second photo with the branch silhouetted against the dome of red rock. Star Branch

Robert then guided us up the trail a bit to a saddle with views to either side. I settled in with this view back towards the La Sal mountains with this circular formation of rocks that Robert called Stonehenge. After a few adjustments to my tripod Robert came over and told me as the light worked up the formations, because of the side angle of the sun, that they would gain dimension and depth. Spot on, as sure enough they appeared flat until those few moments when the light was just right and the formations became much more three dimensional in the camera.

A little ways up the trail we came to Double Arch. Being in this kind of country opens the imagination to seeing faces and animals in the shapes of the rock, its fun and a bit trippy. I found this spot and made this image where I had a view of the Four Muffin Heads.

From here it was back to the cars and into town for breakfast and good conversation at a great cafe, Eklectica. 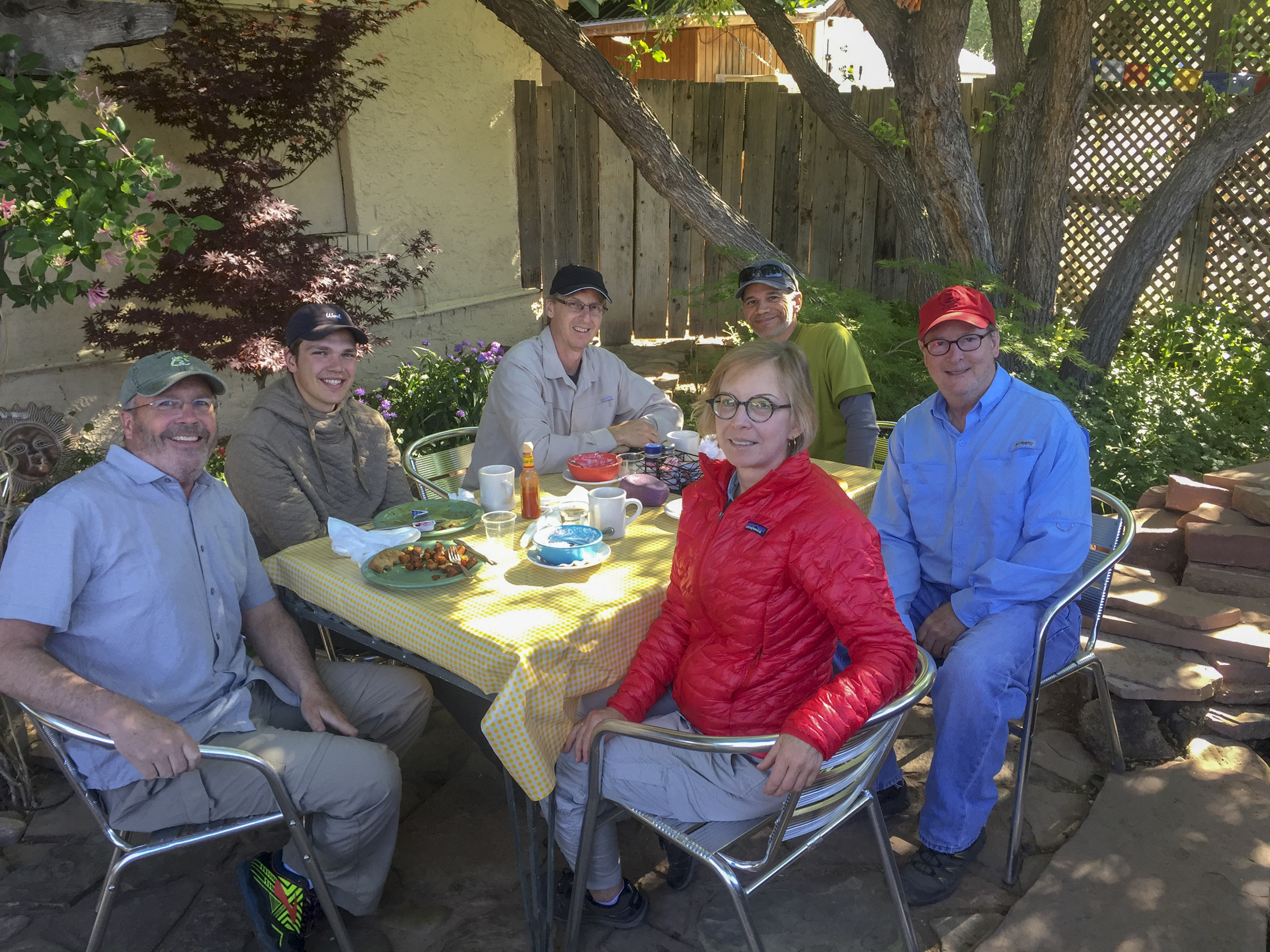 Courtesy of Kelly's phone and some nice guy at the cafe

At 5:00pm we set out to a beautiful little canyon off the Colorado River. Different from the morning outing where the subject matter was more obvious, Robert encouraged us to open up our vision to see subjects and compositions a little closer in. Most of us were shooting free-hand for a while and it was fun to make the shift. I have been exploring this approach more and more and it is a challenge to put the wide angle lens away and see what's right in front of my nose for really cool features and subject matter. That was all fun but there was no light for much of our time here which is how it goes sometimes.

The picture of the Butte was shot free hand with a 63mm lens which translates to a 50mm on a full frame camera. It is said that 50mm focal length closely resembles how we see the world around us. I had a little light and the sky was beautiful for this image.

Patience has usually rewarded me when I am out doing landscape photography. I found my next composition wandering around on this shelf and set up hoping that I would get a little light on the scene. It was very fleeting but I was so thrilled I called out, "There's light!" Just enough time to catch the sun lighting up the top of the butte and mound shaped bluff across the river. Last Light

On our way back towards the cars there was a real nice view of the Colorado River which I did set up for but the light didn't happen. I will visit this spot again one day.

A wonderful day in this profound landscape fostered deep feeling of appreciation and ease.

3 thoughts on “Spring Trip to Utah – First Day in Moab”